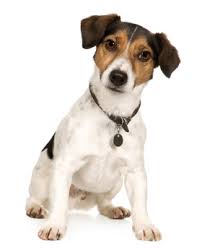 When we first lived together, my then fiance and I had a top floor flat in a tenement in Shawlands, Glasgow. The front windows looked out over Pollok Park. We had nothing facing us and we never bothered with curtains. In the summer it was so bright we had to wear sunglasses indoors,but we loved our big bay window overlooking the trees.

Our bedroom was at the back of the property and looked down upon the back court where there was parking, some landscaped shrubs and a path leading around to all the other close entrances. The tenements around the court had a lot of old people living in them – they had lived in them for years and years, ever since they had been renovated by the city council so that every flat had an indoors bathroom. Unbelievably, this only happened in the 1970s. Anyhoo, I digress. A lot of these old people had cats and more than a few had dogs. One of these was Miss Wallace who had a wee Jack Russell called Alan.

Miss Wallace was a meek woman who lived a couple of closes along and never spoke to me. She would only smile nervously as she passed, taking footsteps so small that she resembled a wee Glaswegian Geisha mincing around the court circuit with Alan trailing along behind her on his old extending lead. I always got the impression that she was trying to take up as little space in, and have as little impact upon, the universe. She seemed to want to do nothing to attract attention to herself. I couldn’t say whether I liked her or not because she never let her neighbours get to know her. But Alan always wagged his tail and licked your hand when you bent down to scratch his ears.

One evening at home I thought I heard shouting from the back court. I went into the bedroom and looked out. I couldn’t see anyone at first but could still hear a frail voice calling “Alan!” Then I saw her. Miss Wallace was running along the path, calling for her dog. Well, I say running but it looked more like the cartoon character whose feet appear to paddle round in a circle when they put on speed. Her knees never bent – she was still taking Geisha steps, but taking them more quickly. That in itself was funny enough but as she disappeared into one close, still calling “Alan”, the wee dog came running out of another, tail wagging, tongue rolling, having the time of his life.

And so it continued. Miss wallace called and ‘ran’, Alan barked and ran in another direction. It was like watching a Benny Hill sketch. But funnier. After a lifetime of attracting no attention, curtains twitched at several windows and fingers pointed at the little lady chasing her dog.

I never got to see her catch him, but next day Miss Wallace and Alan were walking around the court as usual. Maybe I’m mistaken, but after his evening of freedom I was sure that Alan had a bit more bounce to his step and carried his tail just a little bit higher. And a new lead.
[tweetmeme source=”nettiewriter” http://www.URL.com%5D