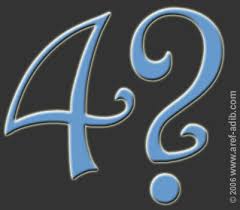 I put out a call on twitter today for suggestions on topics for this next blog post. Most of the replies were to technically ridiculous, I couldn’t spell them again if my life depended upon it. So it seems that when you remove the ridiculous you are left with the outright lunacy of @holuxuxa who suggested “the answer to life, the universe and everything”.

Douglas Adams would have it that the answer is 42. I doubt this for several reasons.

On balance, I think it’s fair to say that while he wrote some very entertaining books, Douglas Adams knew nowt about the Big Question.

I will tell you what I think it should be all about though. The answer should be about following our hearts until our heads tell us to stop being ridiculous and grow up. We don’t need to stop, but we should listen. That’s another thing: we should all talk less and listen more. Modern life is filled with so much NOISE we’ve forgotten how to just shut up and listen to what the other person is saying. Communication is two-way and there are too many head-on collisions with other people that could be avoided if we listened more. Caring a bit more for other people might be good too. At least let’s care about people more than money or things. And whatever else the answer is, I secretly believe it includes a poodle.