[tweetmeme source=”nettiewriter” http://www.URL.com%5D
It seems that several bloggers are taking part in a challenge where each day for 30 days they have to write about and provide a link to different songs that have meant something to them in their lives. Being a little commitment-phobic about blogging every day, it’s not a challenge I felt able to participate in, but it has got me thinking about what music has meant to me in my life.

Whenever I hear live music, I feel a swell of happy emotion inside me that I can’t contain, and the tears soon run down my face in a torrent. There is nothing in my life outside of my family that has ever made me as happy as playing music and I have had some kind of musical instrument in my life for as long as I can remember.

When I was wee I bought a mouth organ, a ‘moothie’, from the local newsagents for 6d – less than 3p. I taught myself to play a large repertoire of songs on it ranging from Twinkle Twinkle Little Star to Silent Night with nothing in between. I walked around everywhere with my moothie at my lips, sucking and blowing, alternating between Christmas and bedtime on an endless loop. Dad said that he listened to me and thought I might have some musical talent and so sent me to piano lessons. Secretly, I think he just wanted me to learn another tune.

My gran had a piano. I used to pick out the same two songs on that whenever we visited and she taught me a song called “Oh I Can Wash A Sailor’s Shirt” using BOTH HANDS. This was exotic for me because it used only the black keys, hammers that previously only produced clashing discordant sounds.

My piano teacher was a spinster living in a large, red sandstone tenement in Dennistoun, Glasgow. Her piano was a baby grand and her large, sunny flat was filled with china, framed pictures and colourful rugs – her world seemed as exotic as the black piano keys.

I was never particularly good, but I loved to play and to compose my own music. I can still remember songs I wrote in my teens and once had a chance to play them for a talent scout. I was rejected after playing and singing two songs. At least they didn’t stop me after one. Silver linings. 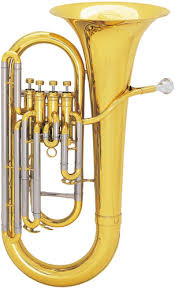 When I started secondary school I was pushed into the band as I was one of the few kids who went there who had a previous interest in playing music. The only instrument they had left for me at that time was the trumpet. Trumpets and I do not get on. I have entirely the wrong embrasure for trumpet playing. I persevered for a while but as much as I enjoyed being in the brass band, I hated my instrument. And then the brass gods smiled at me and a euphonium became available. You know how sometimes you get a pair of jeans that fit perfectly, total comfort and flattering as hell and the feeling all of this gives you? Well, that’s how I felt about my euphonium.

This big horn and I were meant to be together. I found I had a proficiency and musicality with the euphonium that, to my father’s dismay, I never had with the piano. As well as playing in my school brass band I auditioned for and was invited to join the Glasgow Schools’ Concert Band which morphed into the Glasgow Concert Band. Here I was exposed to music far beyond anything I had tried before, to a wider range of instruments and a wider range of people.

This was the point in my life when things started looking up.

I reinvented myself with these new people. Here I wasn’t the shy, bullied kid from school. I was allowed to be myself and I was accepted – by most of them. There were a few who thought a girl from Easterhouse should be avoided, but they were in the minority.

At the end of my first year with the band we visited Yugoslavia and toured around some of the country areas. There were fifty of us with instruments ranging from a triangle to a double bass, rattling around the country roads in a big bus. We had a ball.

Dad never accepted that the euphonium was a suitable instrument for a girl so he bought me a second hand clarinet for Christmas in an attempt to encourage me to swap. I taught myself to play the clarinet, a friend’s sax and I had a turn at every brass instrument with a similar sized mouthpiece. Soon I added the tuba and baritone horn to my repertoire.

But nothing could beat my big horn love.
[tweetmeme source=”nettiewriter” http://www.URL.com%5D