[tweetmeme source=”nettiewriter” http://www.URL.com%5D
I originally posted this as a #fridayflash last year but thought I’d repost so I could submit to BOFF2. I hope you still enjoy it. 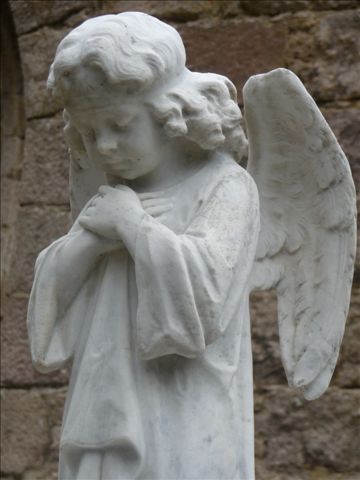 I know most people are scared of “The Witching Hour” when both hands point in supplication to a darkened heaven, pleading to an ambivalent god for mercy, but I’ve always found the minute just before the scariest of all; the moments when you know what’s going to come but haven’t time to change the clock or run away; when even angels fold their wings and retire behind their clouds; when 11:59 runs out and my bedside clock blinks 00:00. That’s the most frightening time of all. That’s when they come.

I lie and watch the digits flash angry red blasts against the shadows of my room, hoping tonight will be the night when time runs back. But somewhere, just beyond my vision, something moves and the scratching starts.

I’ve heard them running round between the walls for as long as I can remember, their tiny feet semaphoring their presence.

“Get to sleep, Caroline,” mum would say, turning out my bedroom light and leaving me, a victim of the dark. I’d lie there, curled into a foetal ball, the blankets over my head, chanting Our Fathers ad infinitum until the darkness won and stole me away to dream filled sleep. Then the noises would begin, intruding into my nightmares, waking me to a clock that always blinked 11:59.

When my baby brother joined me in my room I hoped the scratching would stop, that his chubby fists and ruddy cheeks would act as a talisman against the evil lurking behind the pictures of teddy bears and laughing cows. And for a while, it did.

I’d lie there, a small starfish on the bed, listening to Charlie breathe and snuffle. Sleep was peaceful, undisturbed and mornings no longer only a relief from the horrors of the night before.

Then it started again.

Each night seemed worse than the night before. The scratching was louder, more insistent, sneaking under the blankets and inching up to my ears, worming into my head and implanting their intentions.

One night, sometime after mum’s goodnights and kisses, I got up and padded over to my brother’s cot. He lay there, arms thrown above his fuzzy head, his mouth a perfect rosebud, suckling at an imagined teat.  I lifted him out, careful not to wake him from his guiltless dreams and carried him to the window.  Rain ran down the glass, a hundred tiny rivers, splashing on the sill outside. I pulled the handle upwards and pushed, letting in a gust of angels pleas not to listen to the scratches, to go back to bed with Charlie and they’d not tell.  But the noises were louder than the angels’ whispers and I carried on, lifting Charlie over the ledge and laying him gently on the sill. I kissed him, once, and then let go.  He fell and landed on the grass below with a gentle thud.  I stood and watched him for a while then left him to the angels’ tears.

I went back to bed and listened. Silence. I sighed and fell immediately into a dreamless sleep.

The next day they moved me to another place with no pictures on the walls and bars on the windows and I left the noises behind.

For many years I slept in peace.  The doctors gave me pills and watched me as I shuffled about on slippered feet between the bare rooms.  I could hear them whispering as they watched at night, peering through the wired glass of my bedroom door. Occasionally I’d imagine it was the angels trying to get me to go back to bed, but deep down I knew they’d never speak to me again.

Some months ago the pills became fewer and I was left to sleep unobserved by doctors and orderlies. They smiled more and whispered less and last week they moved me to a different place where there are landscapes on the walls and curtains on the windows.  During the day the breeze wafts the drapes languorously, bringing in scents of cut grass and summer flowers.  I share this new room with another girl, about my age, who sits on her bed reading, never talking, never even looking at me.

And last night they started again.

I lie here, watching the clock countdown to what I know I must do.  The zeroes flash, the scratches begin and I clutch the handle of the knife beneath my pillow.

Listen!  Can you hear them?  They’re coming….
[tweetmeme source=”nettiewriter” http://www.URL.com%5D

21 thoughts on “And The Angels Cried”