I have a dilemma I’d like some help with.

I have decided to have a go at NaNoWriMo this year and am torn over which project to go with. Perhaps you wouldn’t mind having a quick look at the rough outlines for each and letting me know which one you vote for? 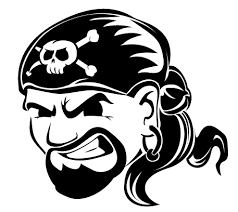 Sam Simpson is a bit of a handful. His mother, Professor Simpson, is an expert on dinosaur poop and has to go to Bolivia to study some newly discovered samples. But who will look after Sam when she is gone? Granny won’t take him again – last time he fed her goldfish to the cat; Aunty Jo won’t take him – last time he gave her new designer shoes to the charity shop; she is stuck and knows that if she can’t find a live-in nanny for the duration of her trip, she won’t be able to go. So Professor Simpson puts an advert in the paper, “Nanny wanted for one small child. He eats anything and likes to be busy” but everyone who calls is unsuitable for a variety of reasons. Then, just before she is about to call off her trip, Jimmy Gingerbeard turns up at the door. Jimmy is a Glaswegian pirate and soon proves that he is able to handle her wayward son. The Professor heads off to Bolivia with  a packed holdall and a promise to write.

Together Jimmy and Sam have a series of adventures through which Sam learns to handle life and behave while learning and having fun with Jimmy – who soon shows that he is not all Sam originally thought.

And when professor Simpson comes home she finds a very changed little boy.

Glasgow’s east End  in the 70s was a hotbed of gang violence and change and the residents of 20 Tollbridge Street were experiencing it on their doorstep.

This Glasgow tenement had six flats, each housing a family or occupant with their own story to tell.

Ali lives with his brother and parent. He works in the local garage where the boss has some shady gang connections and his brother, Liam, is more involved in the gangs than Ali or his parents would like.

Mr & Mrs McPherson moved into Tollbridge Street when their old Bridgeton tenement was demolished. They hanker after the ‘good auld days’ when neighbours looked out for each other – and are pleasantly surprised when their new neighbours take more interest in them than they expected.

Jamie Clark is gay. He is still in the closet, but his mincing ways and constant procession of young male visitors set tongues wagging and he soon grabs the attention of the local hard man, Jack ‘The Knife’ MacPhee. But what is the nature of Jack’s interest?

Mo Patel and his wife Shaheen are the only coloured residents and being different in the Glasgow of 1976 isn’t a good thing. They run the local newsagents and the constant vandalism of their shop soon follows them home to Tollbridge Street.

Marie and Gary Walker have a new baby. Marie is a stay at home mum and Gary works in the steel works. Marie feels she is too good for Tollbridge Street and encourages Gary to work long hours so make enough to pay for the lifestyle she wants.

Malky Johnston is a quiet man in his thirties living in one of the top floor flats. He keeps himself to his self and has almost no interaction with his neighbours. Ali and the other residents are always trying to get him to open up and they often gossip about what his big secret could be.

The lives of the residents intersect during the course of a summer and culminate in an act of gang violence that will change life at 29 Tollbridge Street forever.

So, there you have it. Should I go with Jimmy Gingerbeard or 29 Tollbridge Street. I need some help to make my choice.